Our Italy adventure started in 2010, almost 10 years ago. Wonders of Waste was a rally from Rotterdam to Rome, where you were obliged to drive on used deep-frying fat. It was a crazy ride with the Colosseum in the heart of Rome as the finish. 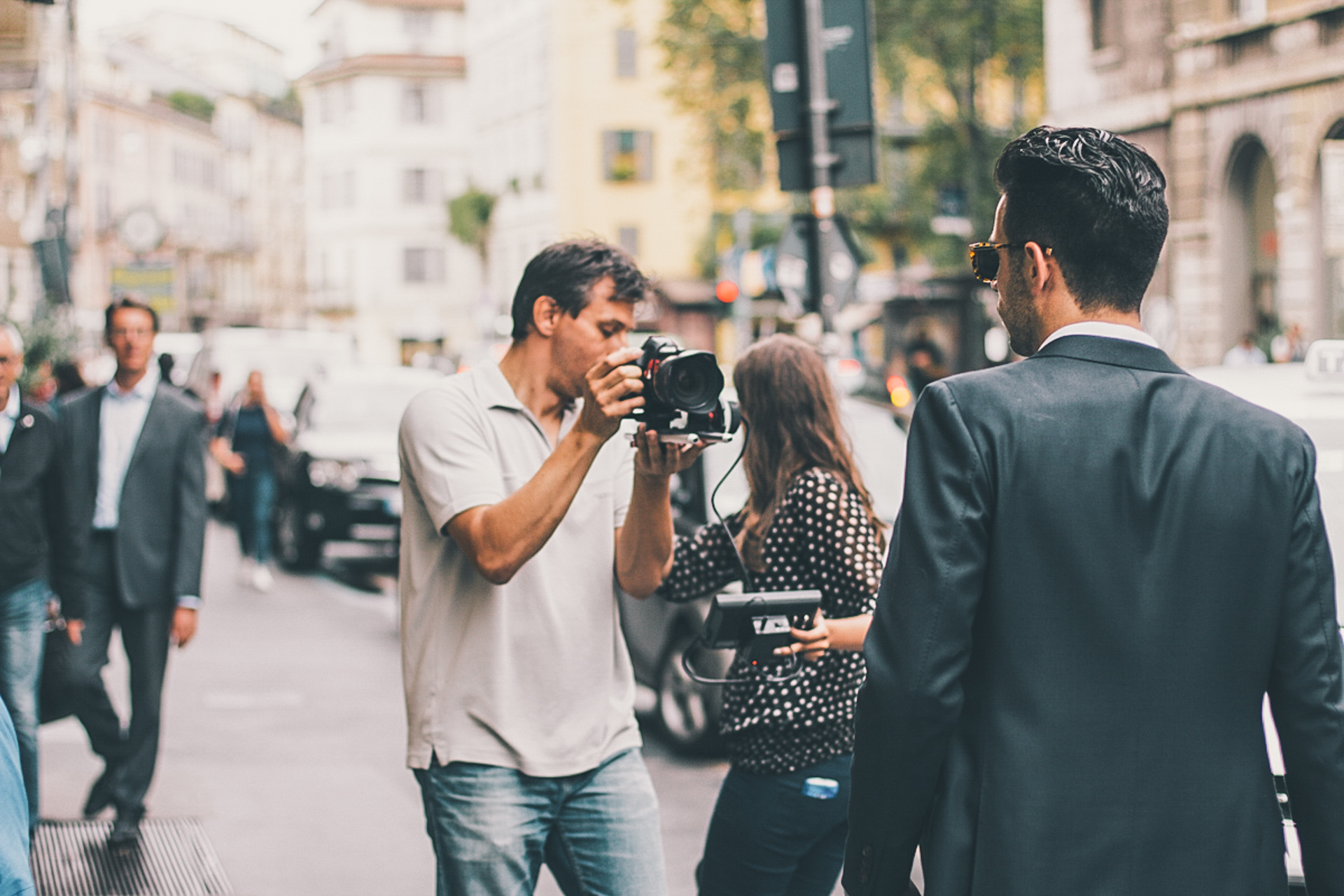 Doing projects in Italy, who doesn’t want that? Nature, culture and people give the country a great attraction. In addition, it is just a stone’s throw away. Here’s a short how-to, about how we ended up in Italy. Of course with lots of our beautiful pictures.

Start with your portfolio and never do anything for free

From the moment I started as an entrepreneur, I wanted to carry out assignments abroad, such as Italy. But that’s not easy when you don’t have a portfolio of projects you’ve done in that country yet. A little perseverance is needed. I still hear myself say it: ‘We will and must do projects in Italy, without costing us money’. So don’t give away free photography or film. We had to break even with the travel and accommodation costs. A little profit would be nice, but at that moment not the goal. As tempting as it is to do great assignments for free, as a professional I would still advise against it.

The idea was to look within our own network for parties that needed photography from Italy. For this we used social media, newsletters and the old-fashioned telephone. After a few weeks of searching and negotiating we had three assignments: two photo shoots of private customers and one of a fashion store. Because of all the equipment we had to bring with us, we decided to use the car as a means of transport and drove in one go to Arezzo and then Siena. And here you are, with your cameras on the beautiful Piazza del Campo in Siena.

A few months later we were approached by a couple who wanted to get married in the authentic Orta San Giulio. We had already recorded more weddings in their circle of friends and they wanted us to capture theirs. In fact, they postponed the wedding date so that Erika could join in for the filming as well. A real eye-catcher was the Trash the dress shoot we did right after their wedding day.

Also for that trip we approached companies in our own network with the question if they were interested in images from Italy. The result was a commercial for SuitSuit, which we shot in two days in Milan.

Thanks to these assignments, we had a good start of our Italy portfolio and we were able to expand our ‘Italy’ network. As a result we were invited in 2013 to a 2-day Italy event, ‘The Taste of Italy’, which was held at Louwman Exclusive cars in Utrecht. Among all those expensive cars was our stand, which consisted only of a large banner with a collage of Italian photos and a large screen for our film work. As is often the case at trade fairs, it is not just about selling your product to customers, but it is as important to make contact with fellow exhibitors. None of us are network animals, but here it was very easy. All stands around you are manned by people with a shared passion: Italy. The Taste of Italy gave us some great clients, like  MariCase and Le Marche Explorer.

Why choose a Dutch photographer or filmmaker for a job in Italy?

You’d say it’s cheaper to hire a local filmmaker or photographer from Italy. Travel and accommodation costs are less. In my experience, however, it is often smarter to hire a specialist from your own country. They know the market much better. A client from Italy is quite different to a Dutch client. The style of film and photography is very different. What works well for the Italian market usually is wrong for the Dutch market

Also communication between client and professional is much easier. It is easier to get a grip what the client wants and the aftersales is also smoother, because you live closer to eachother. For all these reasons, I would also advise an Italian client with an Italian market to hire an Italian photographer to produce visual material in the Netherlands.

From flattened tourist paths to the ‘real’ Italy

After a few years I had the idea that we didn’t met the authentic Italy. You need deeper contact with Italians and people who are already fully established there. Thanks to Le Marche Explorer we got that chance in Le Marche and via Koen Brack and Claudia Loi in Sardinia. We had dinner with Italian families and came to places which you would not find as tourists. Also other doors suddenly open for you. Not only of special buildings, but also of special people. You start to belong and the Italians proudly show you their beautiful country and culture.

And with envious eyes I followed David duChemin for years doing photography in the most awesome places. He’s one of my favorite photographers about people and their environment and I learned a lot by following his work and reading his book ‘Within the frame’. The book is a treat, even if you’re just a hobby photographer. The book starts a bit plain, mentioning quite obvious information about photography. But it kicks of from chapter four about storytelling and especially the final chapters five till seven are little gems if you’re new to photography on location. Those chapters are about people, places and culture. Links for ordering the book are found at the end of this blog.

Le Marche, to me, is a bit more raw version of Tuscany, not yet fully equiped for tourism and because of that a more ‘pure’ part of Italy. Thanks to our property photography and documentaries we stayed in beautiful places. We experienced the warmth of Italians from Le Marche. And I did not even mention that I love Italian food. …In Le Marche we did several shootings in abandoned buildings. We also made some ‘moodfilms’ that show what a special area it is. This year we are going to Le Marche again for commercial photography and film.

We discovered Sardinia thanks to Koen and Claudia. Koen is a professional football player and has played with several teams in Italy. He and his lovely Claudia ended up in Sardinia. I know Koen through his mother Jo Langenberg who lives near Meppel. We decided to make a trip to Sardinia to explore the island. Thanks to Koen and Claudia we arrived at places which are almost impossible to find as a tourist. Since then we have done several photoshoots on Sardinia, underwater photography, product photography and captured a profesionnal football match for a Italy-special of the magazine Voetbal International.

In Rome, too, we did a number of projects. More than once Rome was the finish of the Wonders of Waste rally. We did some bridal shooting in the center also. Provided we weren’t chased away by officials of the Vatican. The latter means that you have to erase photos under the watchful eye of an official. You have to be careful not to erase the ‘keepers’ either. And just like in New York, we made timelapse shots for an organization that brings Dutch and Italian entrepreneurs in contact with each other.

Compared to an assignment in the Netherlands, working abroad is much more difficult. It takes extra time and energy. Because staying abroad is also more expensive than in your own country, you are often forced to keep your stay as short as possible. You are constantly on the move. Once you have arrived, you are immediately in work modus and this continues until the moment you go home again. A good local network is essential. It can help with all the preparations, arrangements and providing guidance during your stay. In my case, I notice that a few trips a year are more than enough. I have taken it slow for a few years, because the work at home also has to be done.

Every time we are on a trip in Italy, we invite people for a photo shoot at a special location and even underwater like in Rhodes and Sardinia. Often we stay together in beautiful locations and enjoy the local cuisine. In this way we offer others the opportunity to experience a piece of the ‘real’ Italy. Usually they are people who already know us through a previous assignment. The fact that you already know each other well makes such a trip even more enjoyable. It sure made some new Italy fans.

No matter how beautiful and extensive your portfolio is, you have to stay active in your network, keeping it warm and expanding it if you want to continue working in a country like Italy. I sometimes find myself neglecting this for a while because there are so many other interesting things to do. For now we try to make one or two work trips to Italy every year. In September we will be in northern Italy (near Turin, Milan, Bologna) and in Le Marche. 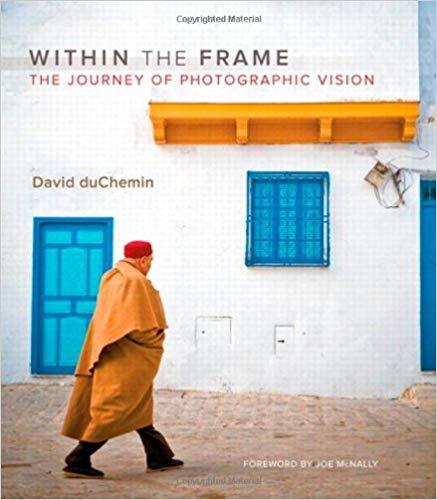 The book I meantioned in this blog. Within the frame by David duChemin

During my teenage years I already new it; I'm going to do something with computers or film. The digital era wasn't really there yet and that is how I rolled into 's why I started out in IT. A great period, during which my curiosity about how things work got satisfied in abundance. Film was a hobby for which my technical background was a blessing. The company I worked for kept growing in the meantime. The IT-department kept growing until we were almost with 1000 of us, but losing the personal contact with the customer; the people for who we built all those beautiful systems with useful tools. Work became more and more abstract. All those years I kept my fondness for film and all these hours filming and editing with my brother taught me the basics of storytelling. Camera's became digital and soon thereafter I decided to quit my job. The reason for this wasn't money, but to get a chance to focus on people again, and their stories. A few years later I also started doing photography and another few years later I picked up building websites. During all this period I realised I could tell stories. Not only my own, but also the stories of other people. What makes them tick and why do they do what they do.