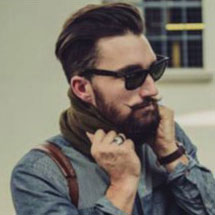 During my teenage years I already new it; I'm going to do something with computers or film. The digital era wasn't really there yet and that is how I rolled into 's why I started out in IT. A great period, during which my curiosity about how things work got satisfied in abundance. Film was a hobby for which my technical background was a blessing. The company I worked for kept growing in the meantime. The IT-department kept growing until we were almost with 1000 of us, but losing the personal contact with the customer; the people for who we built all those beautiful systems with useful tools. Work became more and more abstract. All those years I kept my fondness for film and all these hours filming and editing with my brother taught me the basics of storytelling. Camera's became digital and soon thereafter I decided to quit my job. The reason for this wasn't money, but to get a chance to focus on people again, and their stories. A few years later I also started doing photography and another few years later I picked up building websites. During all this period I realised I could tell stories. Not only my own, but also the stories of other people. What makes them tick and why do they do what they do.